Showing posts from 2020
Show all

October 19, 2020
Friends,  Happy to report some positive developments at today's Council meeting that just concluded. They are as follows:  1) Council directed administration to draft a licensing bylaw for short term rentals (i.e. Air B&Bs, etc.) in our City. The licensing bylaw will effectively prohibit investors from purchasing properties and renting them out as short-term rentals. Only properties that are the principal residence of the homeowner could be rented out. This will help mitigate issues such as noise, parking concerns, safety and general nuisance, and further free up much needed housing for permanent tenants and homeowners.  2) Council extended the food hub at Adie Knox until the end of the year. The Unemployed Help Centre is currently running a food hub for those in need at the ice pad at Adie Knox and requested to continue the service until at least the end of the year. This service was put in place as a result of COVID related measures and for community safety and support.  3) I
2 comments
Read more

October 04, 2020
Hi Friends,  It has been a while since I last posted on here. Due to COVID-19, all ward meetings across the city will be postponed this year but we will be hosting a telephone town hall this upcoming Thursday, October 8th at 6:30pm. More details to come on this so stay tuned and mark the date and time in your calendar!  I would like to post only some updates since my last post in no particular order of priority or sequence. I know I'll be missing some things but I intend to regularly blog here and share information on my social media sites (facebook and twitter) moving forward.  Sandwich Street Reconstruction There has been some developments on the Sandwich St. reconstruction project. If you recall, the WDBA, through the Gordie Howe Community Benefits fund, allocated $12million to this project. Thanks to the support of City Council, the City this past year allocated an additional $13.8million. Some preliminary work has started including archeological testing and site testing for se
3 comments
Read more

June 15, 2020
Friends and Neighbours,  Today City Council voted in favour of moving forward with the Celestial Beacon project in an 8-2 majority vote. For those who may have been unable to watch the Council meeting, I would like to explain my rationale for voting in favour of this project and why I think it will be a net benefit to our community, both as a west-end community and a City at large.  Before I dive into the contents of the matter, I want to thank everyone who emailed, called and expressed concern and excitement over the development. On the spectrum, some residents did not want the development at all, some expressed concerns, and some were very excited to move forward with the Celestial Beacon development. These varying views weighed heavily on me and after much discussion, listening, learning, researching and weighing all factors, I made a decision that was difficult but I believe to be the right one.  History and Context   Approximately 20 years ago, the City Council of the da
4 comments
Read more 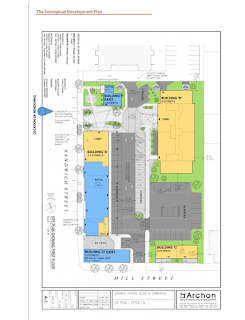 Friends, Below are some updates that may be of interest to you. Sandwich Street Development Below are drawings and a short description of an important proposed development in Sandwich Town. There will be an open house regarding this development on February 13th from 4pm to 7pm at Mackenzie Hall. Hope to see you there. Sandwich Town Murals You may have noticed the Black History Murals, previously affixed to the old grocery store, have been relocated to Paterson Park. They look great! We are scheduling a press release and celebration for February 14th, time to be determined but will likely be around noon. More details forthcoming...stay tuned!  Here is a link featuring the relocation:  Sandwich Town Murals 2020 City of Windsor Budget City Council recently passed the 2020 budget. Some notable achievements for the west end include approximately $8million for sewer reconstruction for Sandwich Street, road repair of Riverside Dr. W. near Huron Church, placehold
4 comments
Read more
More posts