Friends,
This was sent to me from a fellow west-ender:
March Against Monsanto
On May 25, 2013 @ 2 pm we will be holding a PEACEFUL march against Corporate giant Monsanto. Monsanto to those who do not know have a patent on GMO seeds. It's a company that chemically grows our food, they first started making chemical weapons and now they grow most of the food we eat.

Monsanto  has many ties to brands such as Kellogg's, Cheerios, Pepsi and up to 99 more.  We are fighting to have the foods we eat and feed our children Labelled so we can make the choice whether we want to consume these genetically modified foods.  WE HAVE THE RIGHT TO KNOW!!!
We suggest everyone try to read as much information on Monsanto and then join us on the corner of Tecumseh and Huron church (Metro /Fresh co locations). We will not be entering their property.  Millions of people across the world are Marching against Monsanto on this day.
There will also be Marches at Metro on Central.
Join our facebook group for more information- March against Monsanto Windsor
OJIBWAY PROTEST
We will also be meeting May 25, 2013 @ 9am at Ojibway to protest the big box development .  This is our neighborhood, lets protect our environment.
Watch this for more information:
http://blogs.windsorstar.com/2013/03/27/big-box-retail-development-plan-near-ojibway-draws-fire-with-video/
Monsanto links
http://www.facebook.com/l.php?u=http%3A%2F%2Fwww.wewititla.com%2F2012%2F02%2F01%2F10-things-you-should-know-hate-about-monsanto%2F&h=kAQHTOCJ4
https://www.youtube.com/watch?feature=player_embedded&v=G4x--fjwCfE
http://www.thepetitionsite.com/1/help-indian-farmers-devastated-by-genetically-modified-crops/ 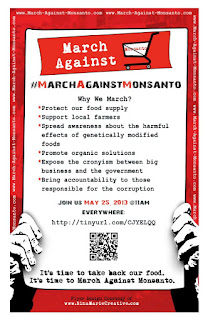 April 02, 2019
Friends,It's been a while since my last blog. Here are some updates from City Council:West End Transit Terminal RelocationUnfortunately, council voted in favour of the relocation of the west end transit terminal from College Ave. to Hotel Dieu Grace Hospital on Prince Rd. I advocated strongly in favour of keeping the terminal at College Ave but the majority of council did not see it that way.I will continue find ways to help mitigate congestion and speeding on Prince Rd. and work with administration in those efforts. We also need to hold administration to account to install more lighting at the College Ave location as a bus stop will still be there. Black History MuralsCouncil approved the relocation of our Black History Murals (formerly at West Side Foods) to Patterson Park. Once erected, the murals will be prominently displayed with lighting at nighttime. I am excited about this wonderful community project in sharing our history and heritage.2019 BudgetAfter a marathon session o…
Read more

February 10, 2019
Friends, City Council last met on February 4th. The agenda was relatively light but of note was the discussion surrounding our audit updates, and Councillor Morrison's Council Question requesting we look at an Auditor General model again. That report will come to council in the near future. On February 20th, the Environment, Transportation & Public Safety Standing Committee meets for the first time. Items 9.1 and 9.2 speak directly to the west end transit terminal relocation. A link to the agenda report is here: https://citywindsor.ca/cityhall/committeesofcouncil/Standing-Committees/Environment-Transportation-and-Public-Safety-Standing-Committee/Pages/Environment-Transportation-and-Public-Safety-Committee-Agenda.aspxIf you would like to speak as a delegate, or alternatively write a letter to the committee expressing your perspective, you can do so by following the guidelines here: https://citywindsor.ca/cityhall/City-Council-Meetings/presentations-and-delegations/Pages/default…
Read more